Our plenary speakers will come from three different regions of the world, to provide the attendees of AMC 2022 with three different points of view on advanced problems in motion control. 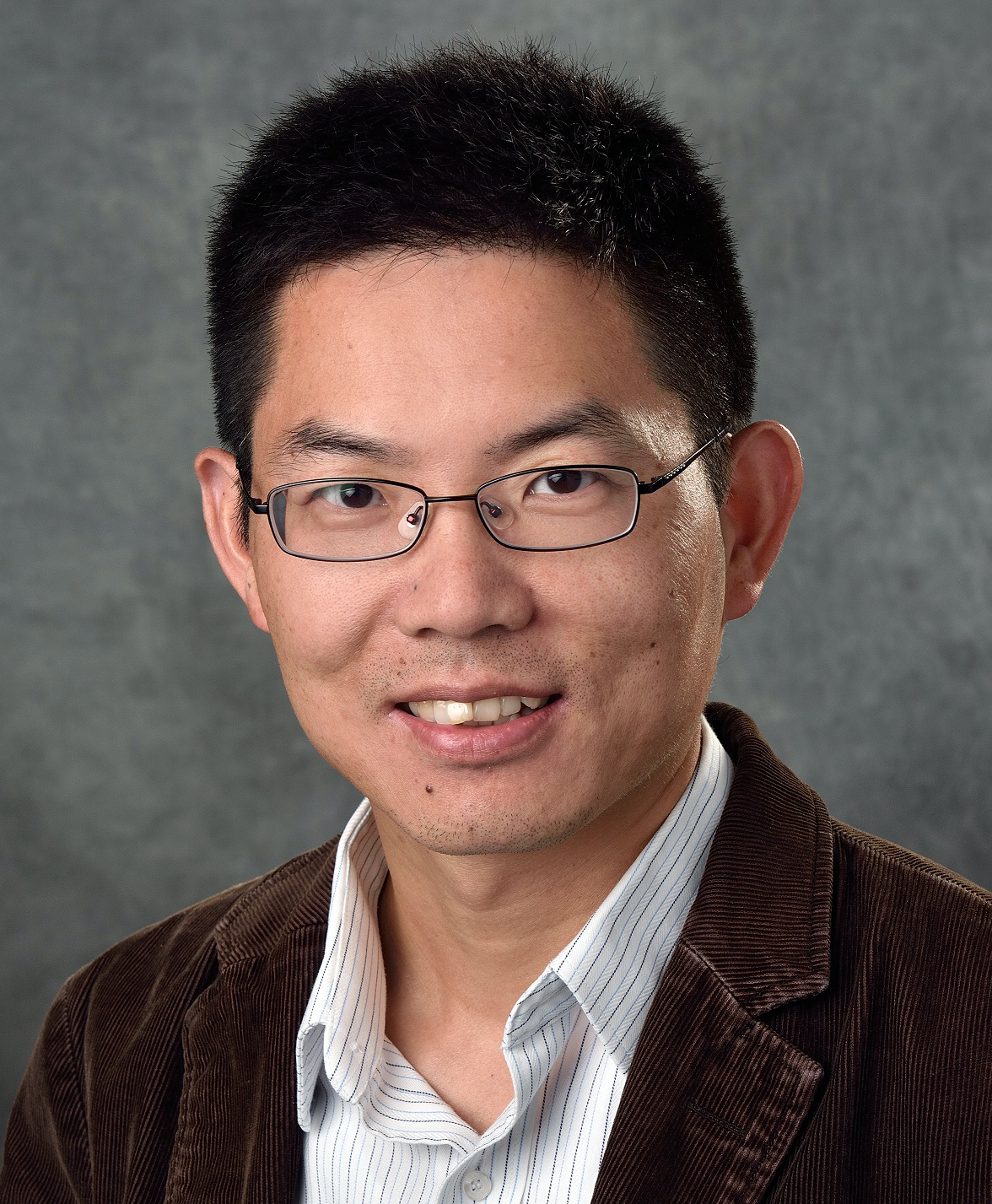 Hysteresis remains a key nonlinearity in magnetic and smart material actuators that challenges their control performance. High-fidelity modeling and effective compensation of hysteresis, yet with low computational complexity, are of immense interest. In this talk I will share some advances in this direction via several examples. First, I will present the optimal reduction problem for a Prandtl-Ishlinskii (PI) operator, one of the most popular hysteresis models, where an optimal approximation of the original operator with fewer constituent elements (play operators) is obtained via efficient dynamic programming. Second, I will discuss adaptive estimation of play radii, instead of their weights, as an alternative means for accurate modeling of hysteresis with a PI operator of low complexity. Finally, I will report a dynamic inversion approach to hysteresis compensation that requires minimal, qualitative conditions on the hysteresis operator. Throughout the talk I will use experimental results from vanadium dioxide actuators and piezo actuators to illustrate the methods.

Dr. Xiaobo Tan is an MSU Foundation Professor and the Richard M. Hong Endowed Chair in Electrical and Computer Engineering at Michigan State University (MSU). He received his Bachelor's and Master's degrees in automatic control from Tsinghua University, Beijing, China, in 1995, 1998, respectively, and his Ph.D. in electrical and computer engineering (ECE) from the University of Maryland in 2002. His research interests include smart materials, control systems, underwater robotics, and soft robotics. He has published over 300 papers and been awarded four US patents in these areas.  Dr. Tan is a Fellow of IEEE and ASME. He is a recipient of the NSF CAREER Award (2006), MSU Teacher-Scholar Award (2010), MSU College of Engineering Withrow Distinguished Scholar Award (2018), Distinguished Alumni Award from the ECE Department at University of Maryland (2018), and multiple best paper awards. He is currently a Senior Editor for IEEE/ASME Transactions on Mechatronics (TMECH). He has been active in organizing international conferences, including serving as the General Chair for the 2018 ASME Dynamic Systems and Control Conference and for the 2023 American Control Conference. Dr. Tan is keen to integrate his research with educational and outreach activities, and has served as Director of an NSF-funded Research Experiences for Teachers (RET) Site program at MSU from 2009 - 2016 and Curator of a robotic fish exhibit at MSU Museum in 2016-2017. 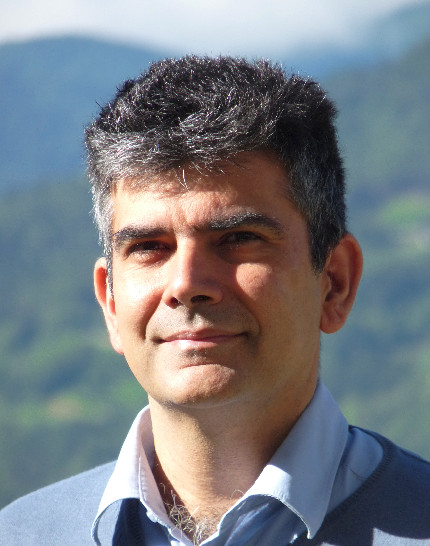 To stick or to slip: Lyapunov-based reset PID for positioning systems with Coulomb and Stribeck friction

Reset control systems for continuous-time plants were introduced in the 1950s by J.C. Clegg, then extended by Horowitz twenty years later and revisited using hybrid Lyapunov theory a few decades ago, to rigorously deal with the continuous-discrete interplay stemming from the reset laws. In this talk, we overview a recent research activity where suitable reset actions induce stability and performance of PID-controlled positioning systems suffering from nonlinear frictional effects.
With the Coulomb-only effect, PID feedback produces a nontrivial set of equilibria whose asymptotic (but not exponential) stability can be certified by using a discontinuous Lyapunov-like function. With velocity weakening effects (the so-called Stribeck friction), the set of equilibria becomes unstable with PID feedback and the so-called  ''hunting phenomenon'' (persistent oscillations) is experienced. Resetting laws can be used in both scenarios.
With Coulomb friction only, the discontinuous Lyapunov-like function immediately suggests a reset action providing extreme performance improvement, preserving stability and increasing the convergence speed. With Stribeck, a more sophisticated set of logic-based reset rules recovers the global asymptotic stability of the set of equilibria, providing an effective solution to the hunting instability.
We will discuss the Lyapunov-based proofs of these hybrid laws, requiring nontrivial derivations, such as building semi-global hybrid simulation models. The theoretical results will be illustrated by experiments carried out on an industrial nano-positioning system, showing the experimental advantages arising from our novel reset PID controllers.

Luca Zaccarian received the Laurea and the Ph.D. degrees from the University of Roma Tor Vergata (Italy) in 1995 and 2000, respectively. He has been Assistant Professor in control engineering at the University of Roma, Tor Vergata (Italy), from 2000 to 2006 and then Associate Professor. Since 2011 he is Directeur de Recherche at the LAAS-CNRS, Toulouse (France) and since 2013 he holds a part-time position at the University of Trento, Italy. Luca Zaccarian's main research interests include analysis and design of nonlinear and hybrid control systems, modeling and control of mechatronic systems. He has served in the organizing committee and TPC of several IEEE and IFAC conferences. He has been a member of the IEEE-CSS Conference Editorial Board and an associate editor for Systems and Control Letters and IEEE Transactions on Automatic Control. He is currently a member of the EUCA-CEB and an associate editor for the IFAC journal Automatica and for the European Journal of Control. He was a nominated member of the Board of Governors of the IEEE-CSS in 2014, and an elected member in 2017-2019. He was Student Activities Chair for the IEEE-CSS in 2015--2017 and is currently Associate Editor of Electronic Publications (Conference Information) for the IEEE-CSS. He was a recipient of the 2001 O. Hugo Schuck Best Paper Award given by the American Automatic Control Council. He is a fellow of the IEEE, class of 2016. 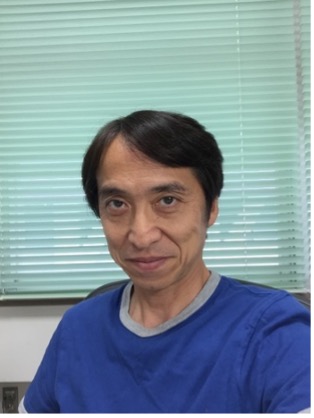 The keynote speech presents practical motion controller design approaches for precision positioning devices including strain wave gearing, e.g. industrial multi-axis robots, precision rotation stages, etc. Since HarmonicDrive® gears (HDGs), a typical strain wave gearing, inherently possess nonlinear properties known as Angular Transmission Errors (ATEs) due to structural errors and flexibility in the mechanisms, the ideal positioning accuracy corresponding to the apparent resolution cannot be essentially attained at the output of gearing in the devices. In addition, mechanisms with HDGs generally excite resonant vibrations due to the periodical disturbance by ATEs, especially in the condition that the frequency of synchronous components of ATE corresponds to the critical mechanical resonant frequency. The speech, therefore, focuses on the motion controller design techniques to improve the performance deteriorations in positioning accuracy and vibration suppression. In the compensator design, under the assumption that the accurate mathematical models for ATE can be obtained, model-based feedforward as well as robust feedback control approaches have been introduced to improve the positioning performance, considering together with sensor allocations in the mechanisms. The proposed approaches have been applied to precision motion control of actual devices as servo actuators, and verified through numerical simulations and experiments.

As professional contributions of the IEEE/IES, he has been an AdCom member in term of 2010 to 2019, a Technical Editor for IEEE/ASME TMech from 2010 to 2014, an Associate Editor for IEEE TIE since 2014, a Co-Editors-in-Chief for IEEE TIE since 2016, a Vice President for Planning and Development in term of 2018 to 2021, respectively. He is IEEE fellow class 2015 for "contributions to fast and precise positioning in motion controller design".

His current research interests are the applications of control theories to linear/nonlinear modeling and precision positioning, through various collaborative research activities with industries.

Under the patronage of: 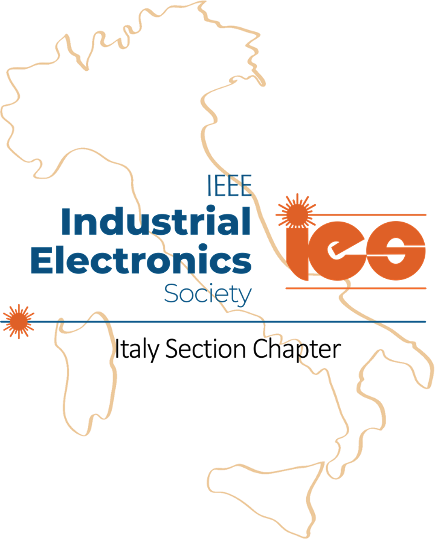